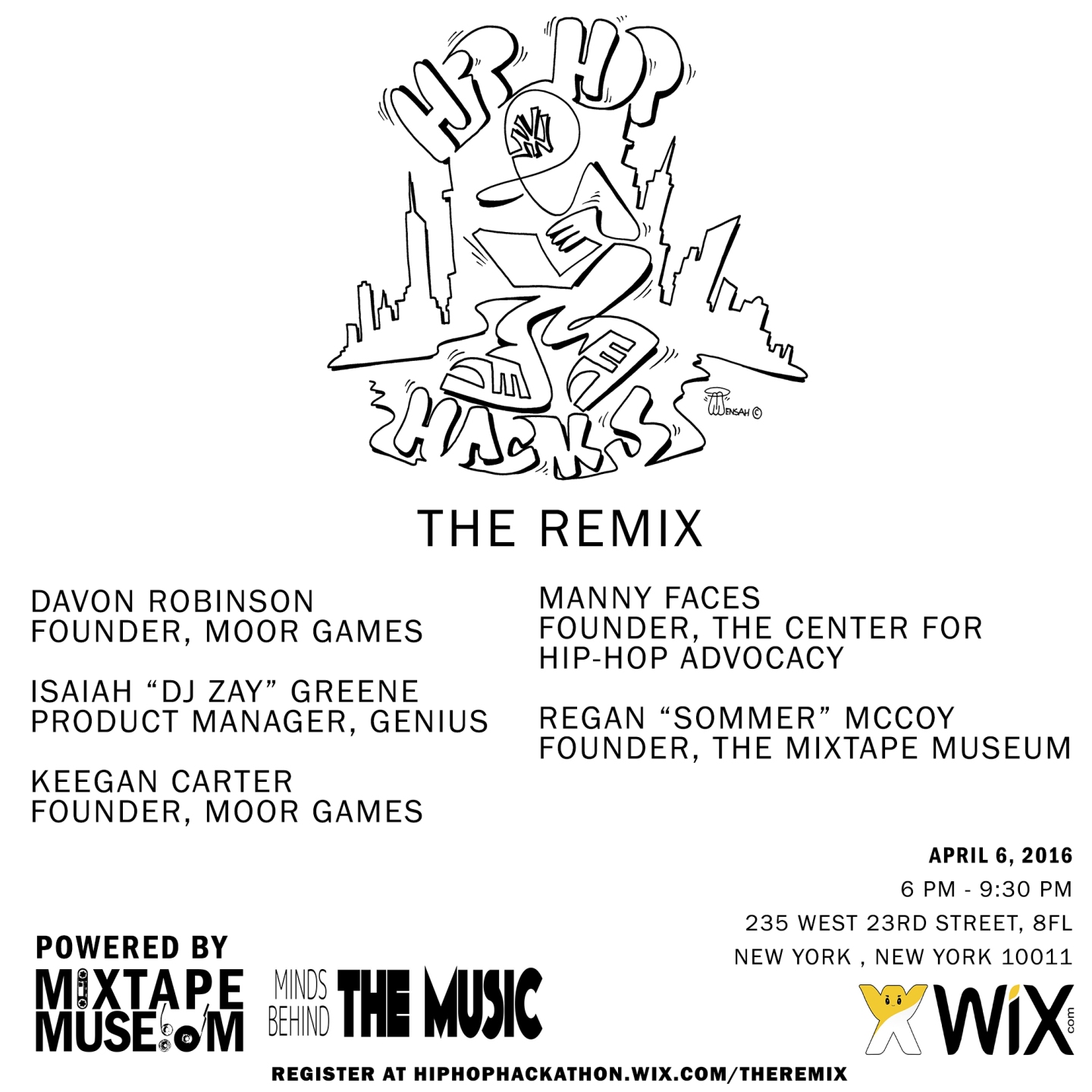 Minds Behind the Music in partnership with The Mixtape Museum and Young Hackers will host a post-panel and networking event for Hip-Hop Hacks at Wix Lounge on Wednesday, April 6, 6:00 p.m. – 9:30 p.m.

The 2-day event will take place on Saturday, April 2 and Sunday, April 3 at Spotify’s New York City office where attendees will have the opportunity to study the elements of hip-hop, participate in code and music workshops, network with other students, and learn from music and tech executives.

THE REMIX will further explore how important technology and hip-hop are to one another. Since its inception in the early 1970s, hip-hop culture has been one of the most important forms of expression for youth and has evolved in tandem with technology, from turntables and microphones to mediums like vinyl, compact cassettes, mp3s, and now apps and algorithms.